We strive to reduce the emissions intensity of our businesses and improve their resilience to climate change. 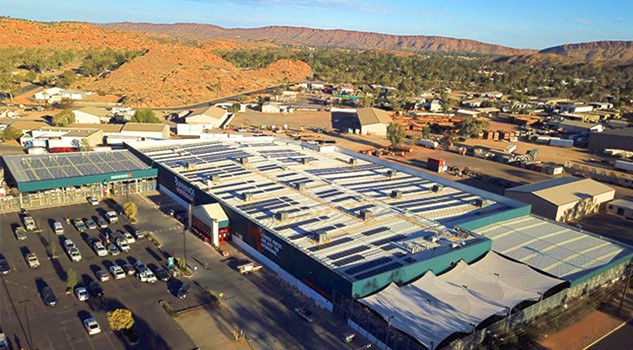 We acknowledge the scientific consensus on climate change and the effects it may have on our customers, our operations, the economy and the communities in which we operate.

We are proactive about managing risks associated with climate change because responding will deliver significant economic, social and environmental benefits for us all.

Wesfarmers supports the recommendations of the Task Force on Climate-related Financial Disclosures (TCFD) which has developed voluntary, consistent, comparable climate-related financial disclosures for companies. We have an ongoing commitment to provide stakeholders with useful information in relation to how we are managing climate change risks and opportunities. In line with the TCFD recommendations, our disclosures can be found in the Operating and Financial Review section of our Annual Report.

Wesfarmers has put a shadow price on carbon to help ensure investment decisions reflect all costs (including environmental costs) and reduce our carbon footprint cost-effectively. Shadow carbon pricing is a method of investment decision analysis that adds a hypothetical surcharge to market prices for goods that involve significant carbon emissions. For example, if Wesfarmers is analysing an acquisition of new energy-using equipment, it would use expected energy costs of expected market prices plus a charge associated with the carbon dioxide that would be emitted when the fuel is combusted. Wesfarmers applies the shadow carbon price in the analysis of investments and other strategic decisions to give an edge to options that are more emissions efficient, other things being equal. Wesfarmers' shadow carbon price for capital expenditure decisions in Australia:  Years 0-3 4-7 8-10 11-15 >15 $/tonne CO2e 6 18 26 42 53 This is based on a moderated view of necessary and likely carbon prices in Australia and overseas. There is a view that a formal tradeable price on carbon will be re-introduced in Australia at some time in the medium-term. The underlying data behind the carbon price is reviewed annually.

We are committed to transparent and open communications about our management of the environment, with a broad range of stakeholders including customers, employees, investors, governments and non-government organisations. The following information sets out other environmental reporting areas. Carbon Disclosure Project We have an ongoing program of engagement with investors and continually look for opportunities to enhance our disclosure. The Carbon Disclosure Project (CDP) is the primary investor benchmarking tool for climate change performance. Wesfarmers responds to CDP's 'Investor Request' on climate change through our annual voluntary submission. Wesfarmers’ responses are available on the CDP website. National Pollutant Inventory WesCEF is required to report under the National Pollutant Inventory (NPI). Full details are available on the NPI website, with 2017/18 data available. Potential environmental non-conformances The activities of our divisions are subject to environmental regulation by various authorities throughout the countries where we operate. Licences granted to our divisions regulate the management of air and water quality and quantity, the storage and carriage of hazardous materials, the disposal of waste and other environmental matters associated with the entity’s operations. During the year, there have been no known material breaches of our divisions’ licence conditions. Details of WesCEF's potential environmental non-conformances can be found here.